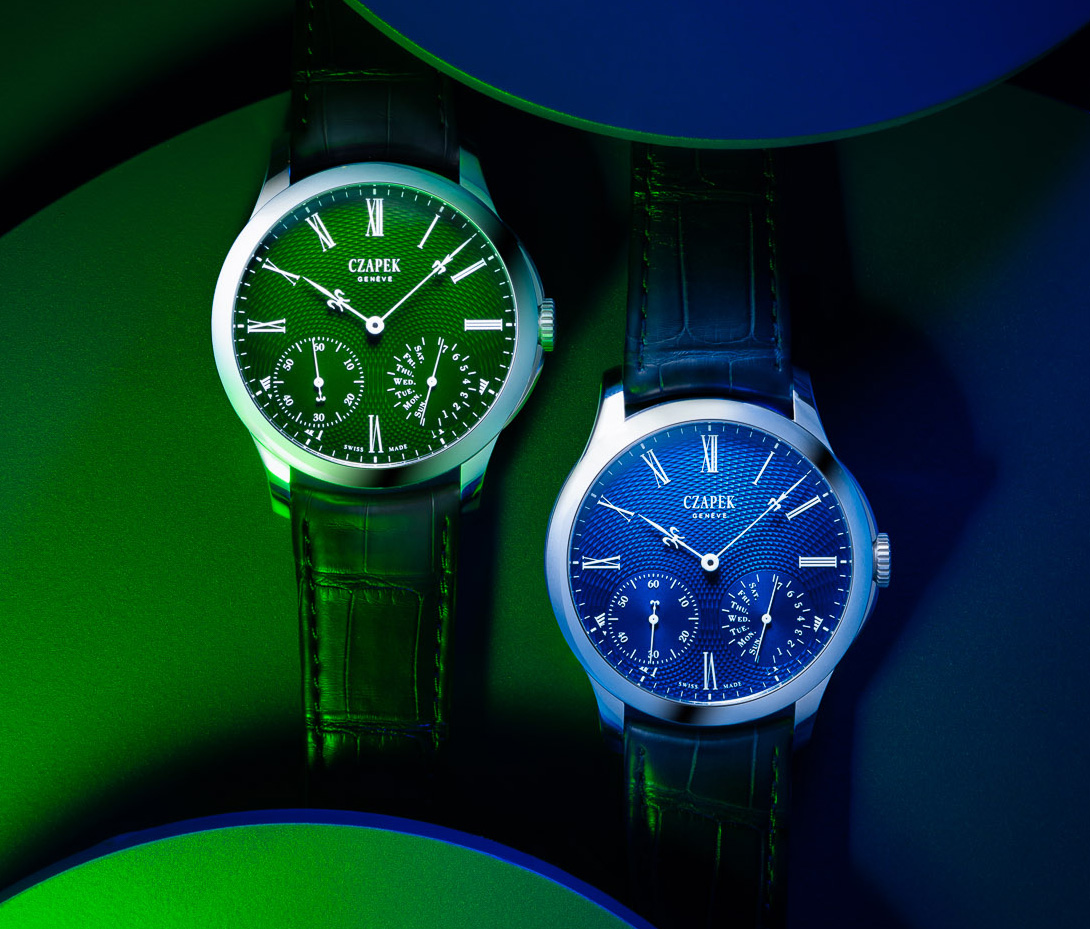 At first glance, the new variants will be familiar. The unique Ricochet pattern in flinqué enamel on the dial is back, but this time in two dazzling colours composed for Czapek by its partner Donzé Cadrans. The Sapphire Blue L has a somewhat dreamy, iridescent, marine hue, exclusive to Czapek and inspired by its predecessor introduced in 2019, the Sapphire Blue S. On the other hand, the deep emerald green tone, close to British racing green, gives the dial an unusual intensity.

There’s more to the new Quai des Bergues than colours, though. The calibre driving the watch, the manually wound, seven-day power reserve SXH1, has been given a careful make-over. “The spirit of the watch has not been touched,” says Czapek CEO Xavier de Roquemaurel, “but we have had a second look at the movement and identified what you might call evolutionary inflection points.”

The idea of remodelling the movement aesthetically originated with the company’s fans, as has often been the case with Czapek. The Quai des Bergues’ original SXH1 calibre had been designed in the spirit of the traditional Genevan craftsmen known as the cabinotiers. It was very technical and sober. “When we released the Antarctique with its lacy bridges and complex architecture, people were amazed,” comments Czapek CEO Xavier de Roquemaurel. “So, we realized we had to harmonise all our movements along those lines.
The most visible change on the SXH1 is the extensive openwork, which clearly delineates a full-fledged three-quarter plate and exposes the geartrain. The bridge plate and balance bridge have also been hollowed out and seem to face each other like two shooting stars about to cross paths. This gives the movement a more dynamic look.
The reworked calibre differs from its predecessor in other ways, too. The original balance had a classic rack and index for regulation, for example. The new SXH1, on the other hand, has an annular balance wheel with weights for variable inertia and a Breguet terminal curve balance spring. The balance cock has also been finely skeletonised and streamlined to give the whole balance greater transparency.
The finishing has also been developed further. All the edges of this outstanding movement have been softened by deeper chamfering. 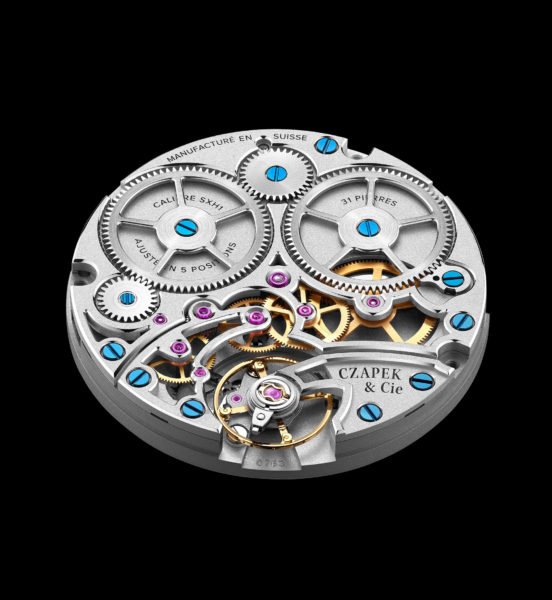 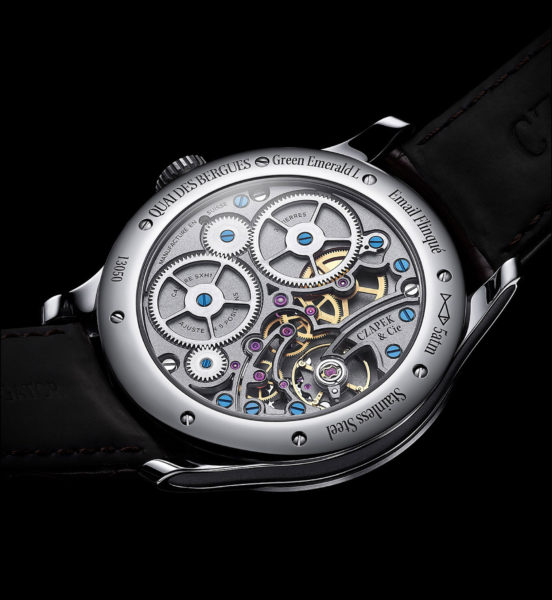 To pre order the new Quai des Bergues Sapphire Blue L, Sapphire Blue S (limited edition of 100 pieces) or Emerald Green L, simply click on the Order button below. If you need assistance or advices, you can contact us by email at customercare@czapek.com or simply cal us on +41 22 557 41 41.

To confirm your order, we will kindly ask you to for a deposit and inform you about the closest delivery date. It takes time to make beautiful watches and the production time should be around 6 to 8 monts after your confirmed your order. 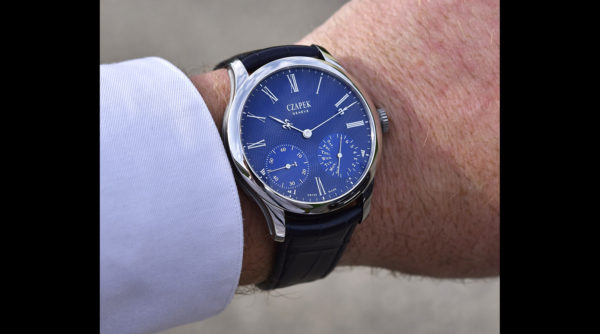