The 26th of May 2020, Czapek has launched this new collection through its very first online subscription with the "Terre Adélie" model. The 99 pieces were sold out in only 18 days! You will find the description of this exceptional new model below. But there is more to come. More information about future releases is available at the bottom of this page. 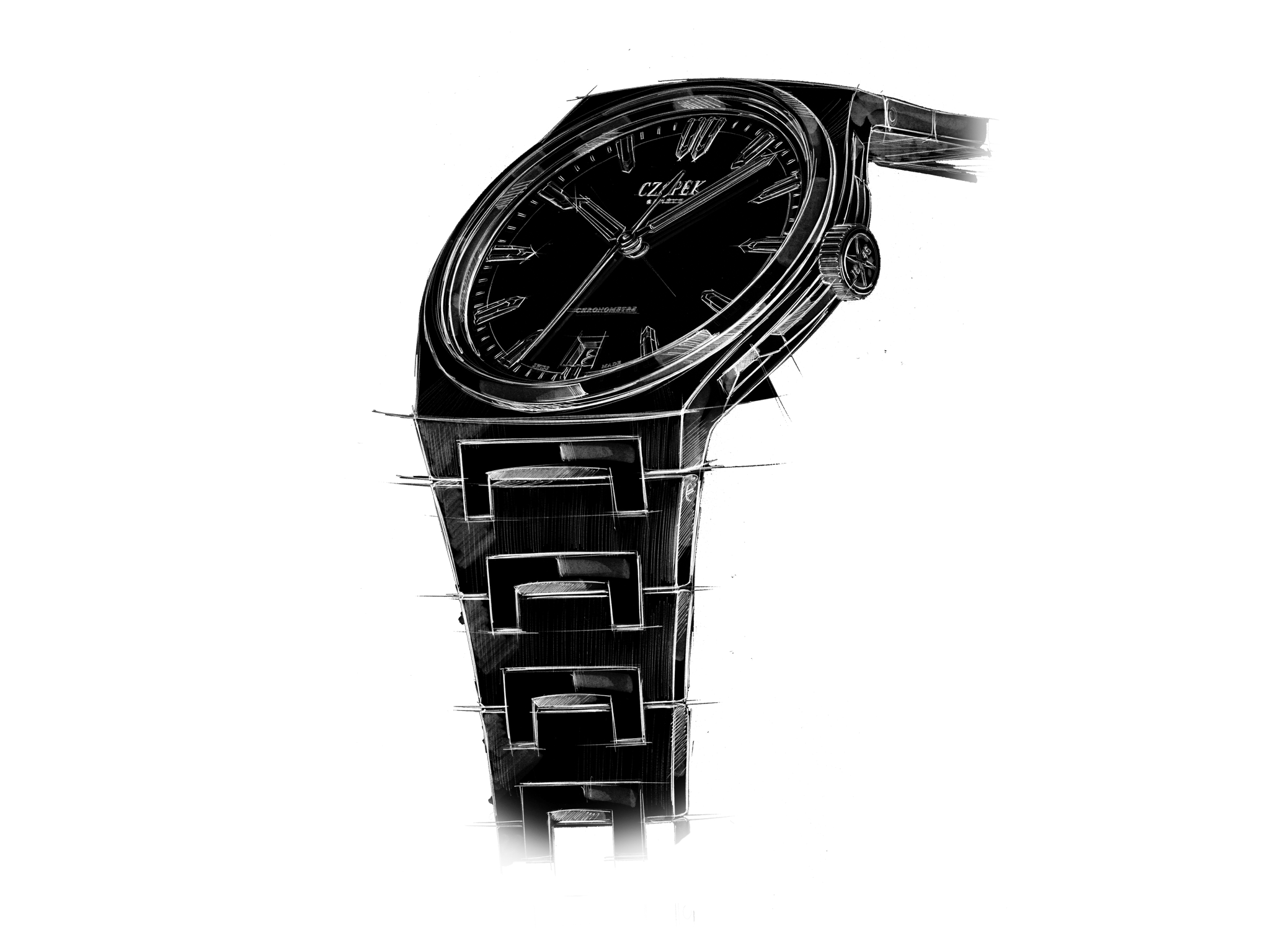 "The message from our friends and shareholders was clear: To make a watch that exudes a feeling of preciousness, but could also be worn and admired in everyday life."

The Antarctique is the next chapter in the history of Czapek & Cie. It combines sophisticated style and look with a genuine in-house power movement. The name was inspired by the trip to Antartica of one of the company historical shareholders and raises a host of associations, from intrepid explorers to the sheer breath-taking beauty of Nature. The Sixth Continent is also a symbol of the need for humans to preserve the planet and represents Czapek’s commitment to doing its part, using recycled gold but also safeguarding many Swiss watchmaking artisans.
The Terre Adélie is a tribute to the French explorer Jules Dumont d’Urville who named a slice of Antarctica after his wife, Adèle, during his daring expedition to the continent in 1840.

There's more to haute horlogerie than virtuosic complications. Movement design, rare and fine finishing, select materials or intricate case surfaces, and attention to detail, are all key factors that increase a timepiece's value. The Antarctique's dial was designed and manufactured by Czapek’s partner Metalem using a unique handmade lamé technique, invented by them 30 years ago and revamped today for this project. This technique consists in creating a series of traits on the dial with a comb. These characteristic striations give the colours more depth and starker reflections. On the dial, the date window is positioned at 6 o'clock to maintain the Czapek aesthetics based on vertical symmetry. The hands design is reminiscent of a sword, sporty and easy-to-read, as well as the three-dimensional indexes. The 40.5mm stainless steel case is integrated with an original double ‘trompe l'oeil’ curve, another unconventional design choice making this timepiece unique and exclusive. 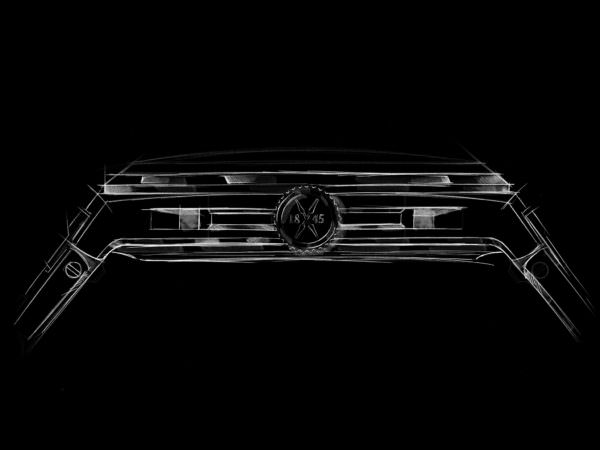 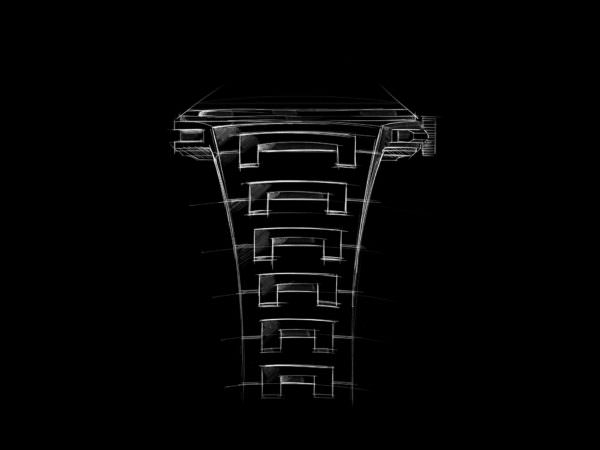 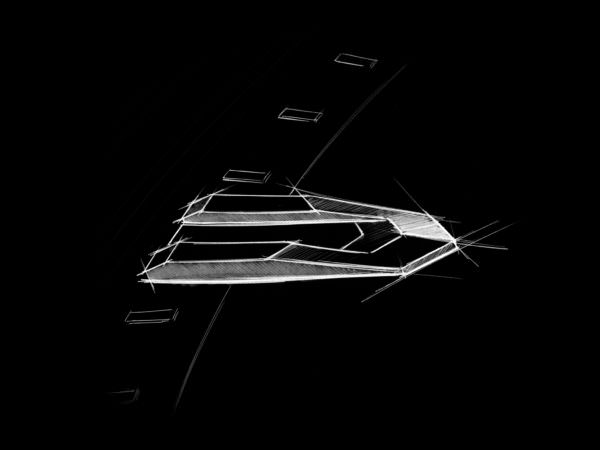 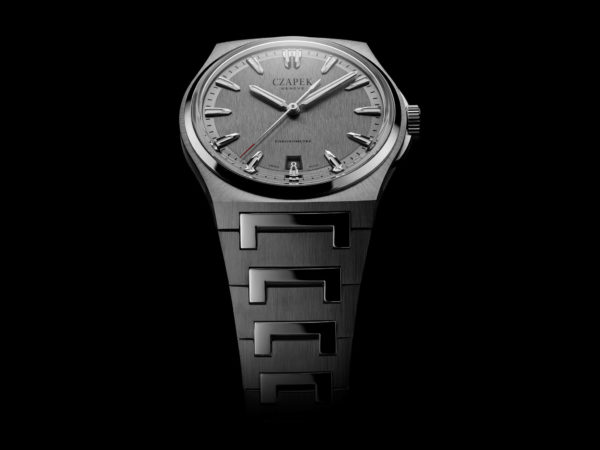 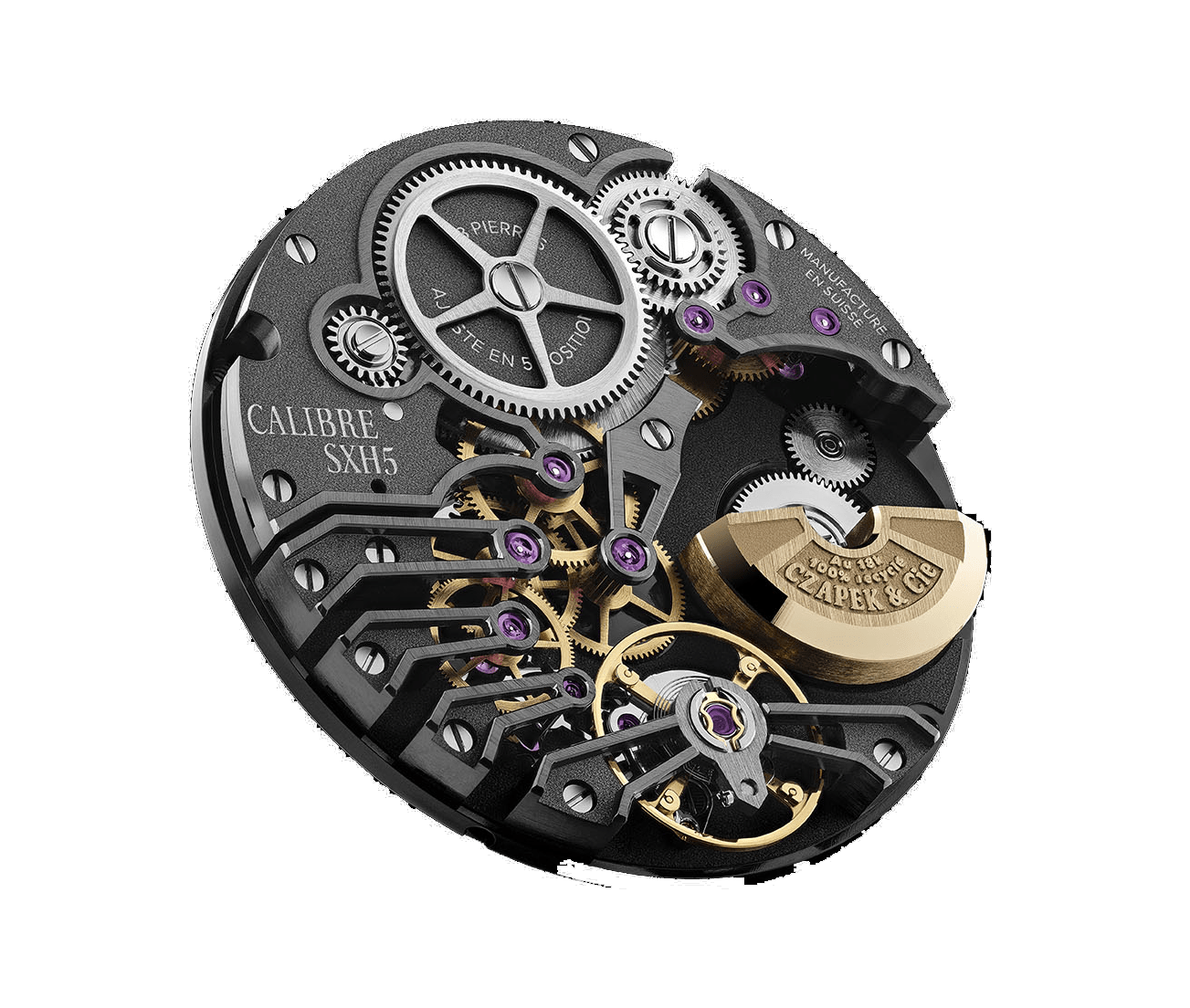 The vigorous SXH5.01 automatic calibre is the first to be entirely conceived in-house by Czapek from a blank page. Every part of it has been made with care to detail and with the help of the top Swiss manufacturing partners and craftsmen, la crème de la crème, the magnificent orchestra directed by Czapek in the We Collect Rare People spirit. The microrotor, made of fully recycled 18-kt gold, is placed off-centre to allow a plunging view into the mechanism and its exceptional architecture. A free-sprung balance wheel with variable inertia provided by four gold masselotte weights enables the highest level of precision tuning. The gear train is held in place by a series of seven handsome skeletonized bridges. Their original shape is reminiscent of lace, inspired on one side by XIX century pocket watches, and by the very modern Czapek Faubourg de Cracovie chronograph’s rotor. The movement has superlative finishing with six hand chamfered inward angles and drawing of the flanks - the summum of Haute Horlogerie finishing, watchmaking aesthetics at its peak. The SXH5 caliber has a significantly longer autonomy than the average of high-end sports watches (typically between 40-45 hours), of 56 hours practical (and 70 theoretical hours). This movement proves that stringent watchmaking craftsmanship can be further enhanced with a hint of free-floating creativity, as if form were an equal party to function. 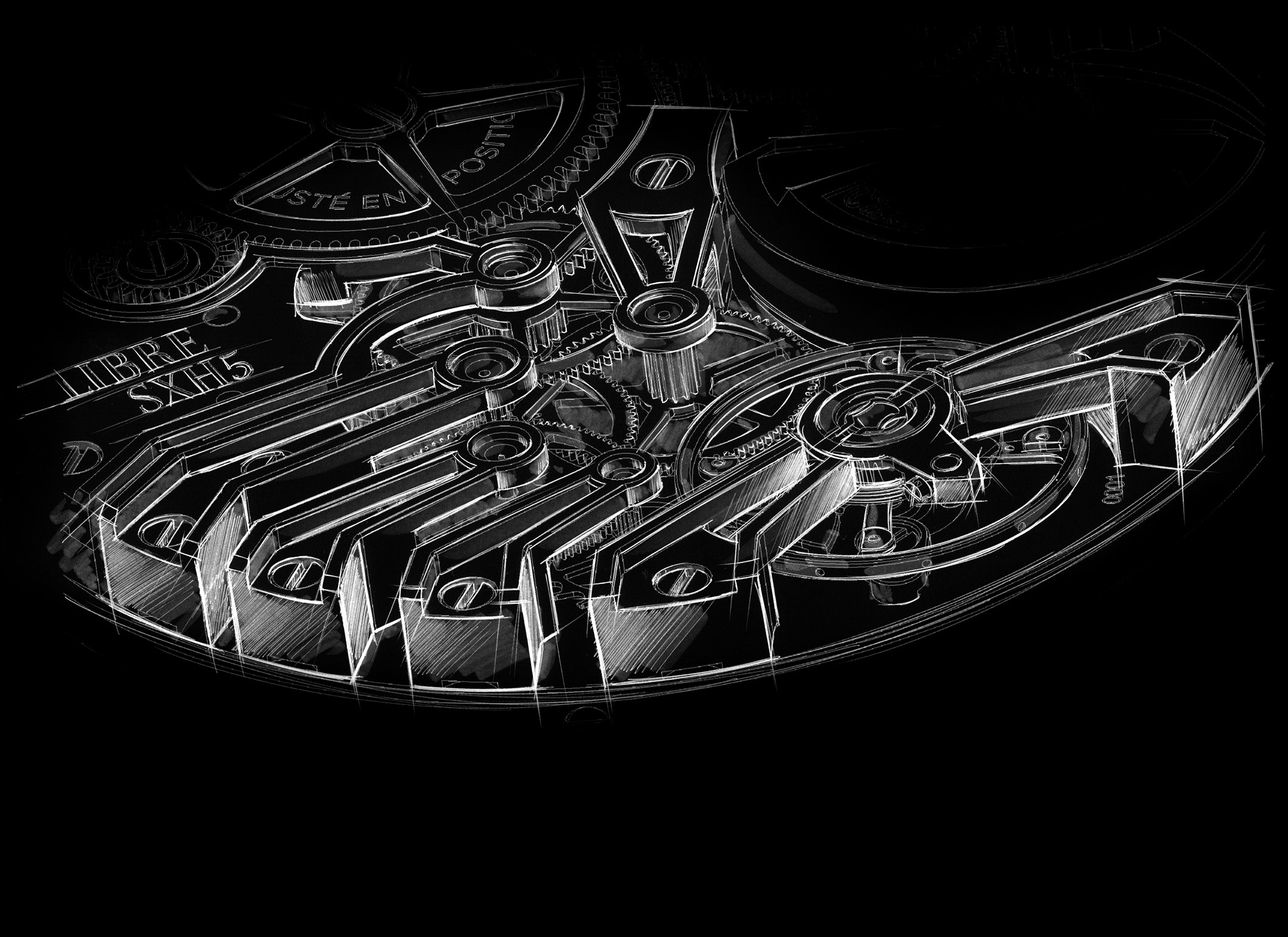 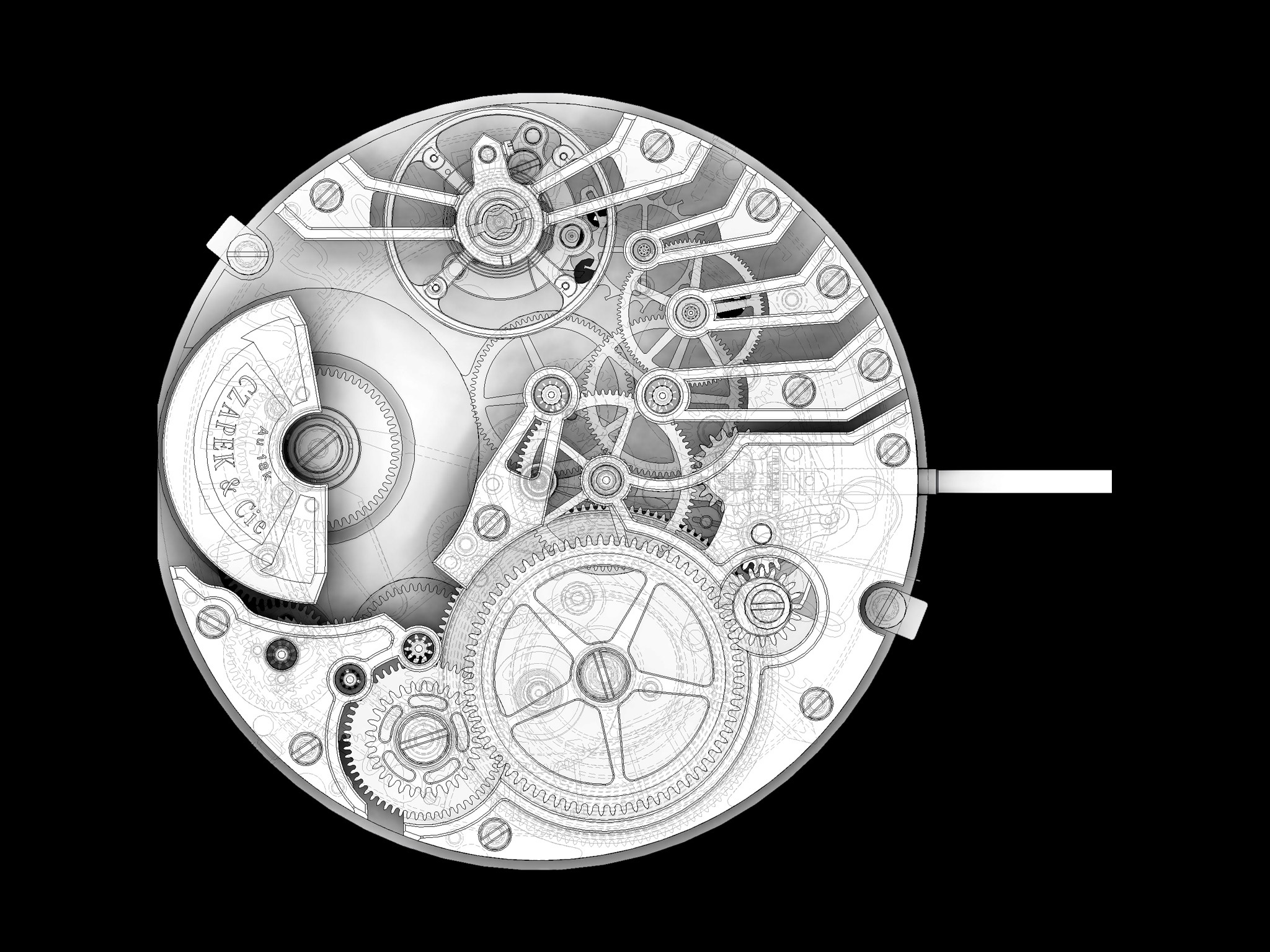 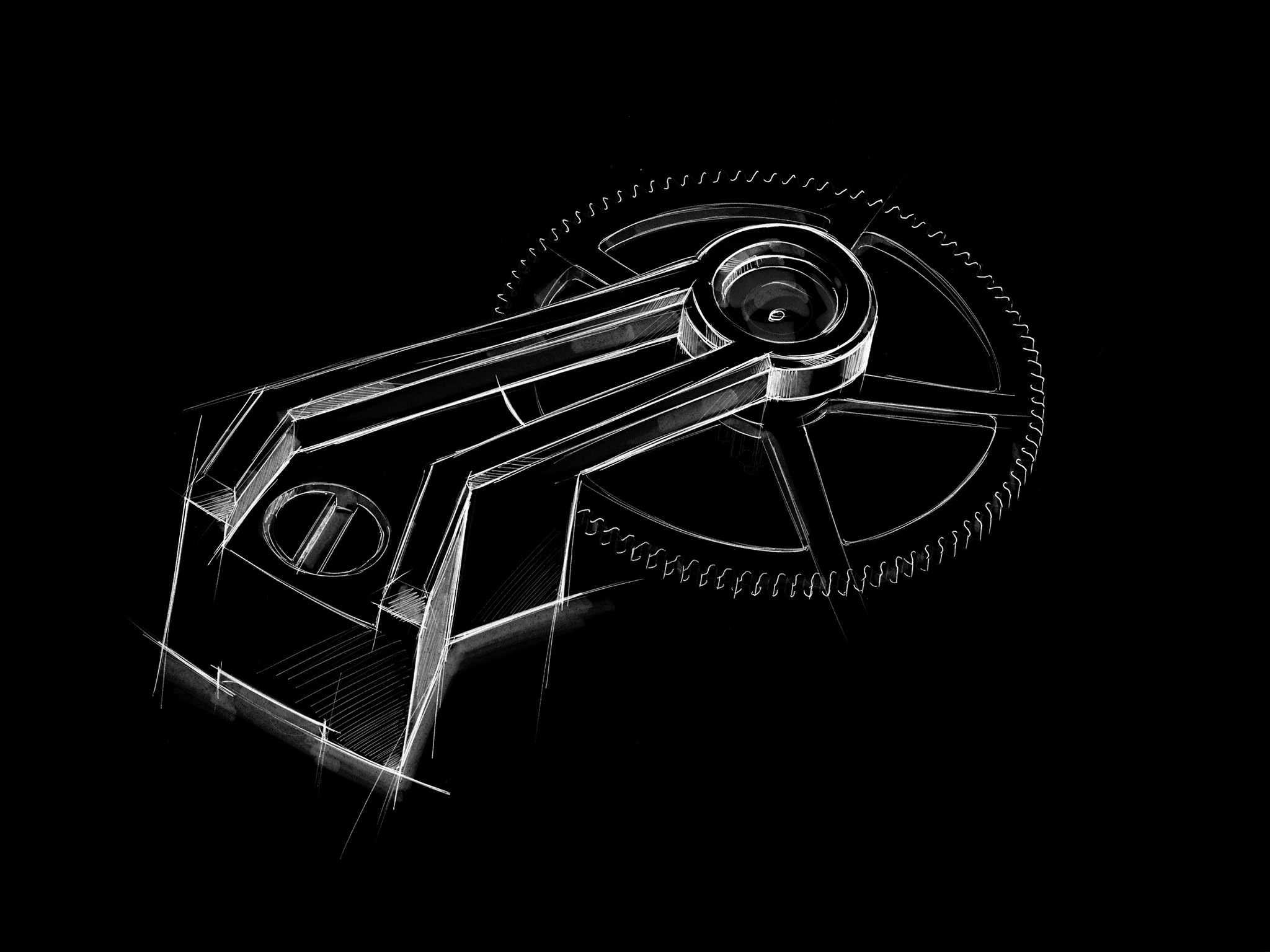 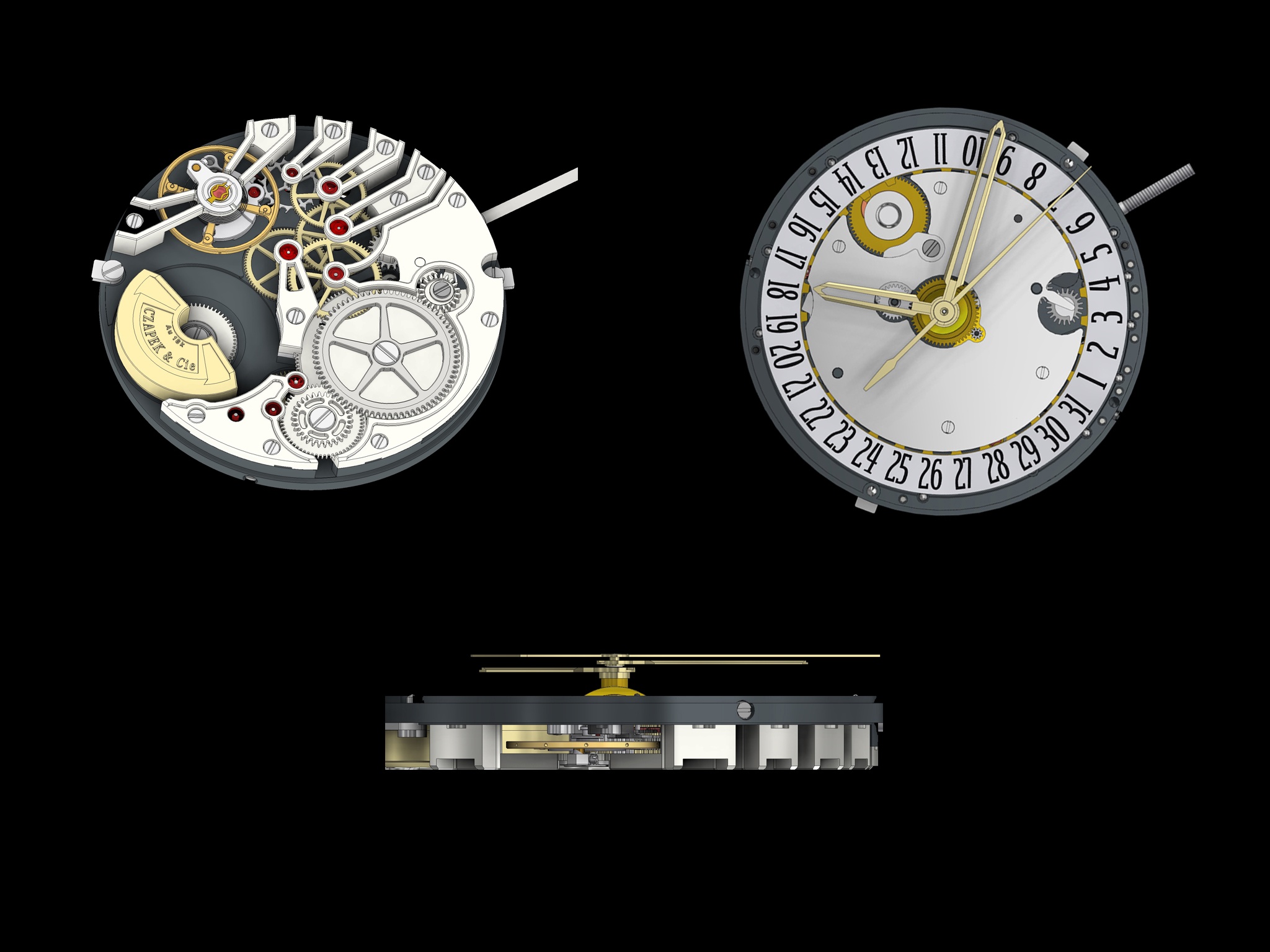 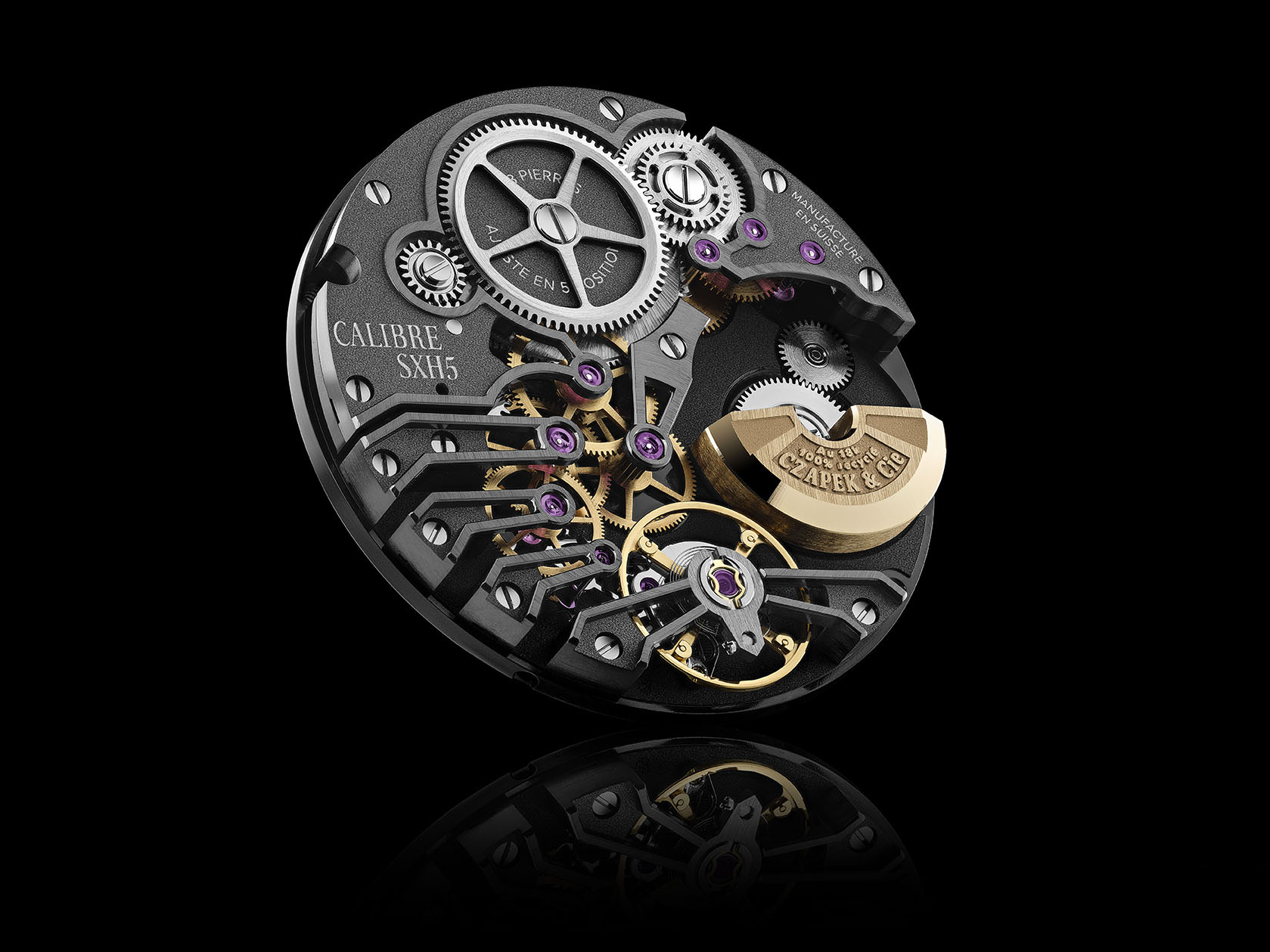 In fine watchmaking, every little detail count. Besides the exceptional SHX5 movement and the sleek and sharp design of the case or the dial, a great deal of attention was put on the bracelet. The feeling when placed on the wrist, the comfort in every situation and lightness are as important as the timepiece visual and technical qualities. The capability to be forgotten by its wearer and to suddenly reveal its stunning beauty create an intensely pleasurable dichotomy.
This is why the Antarctique collection is equipped by an ergonomic brushed integrated bracelet, whose links mesh to form a highly polished "C" for Czapek. But there’s more. An additional strap is provided, as Czapek has developed an exclusive quick-change system allowing the wearer to switch from one strap to another in a minute. The soft and elegant calf bracelet as well as the sportier-looking rubber strap whose pattern recalls the "Stairway to Eternity" design on the Passage de Drake dial are two complementary strap options that will undoubtedly meet all watch connoisseurs’ expectations. 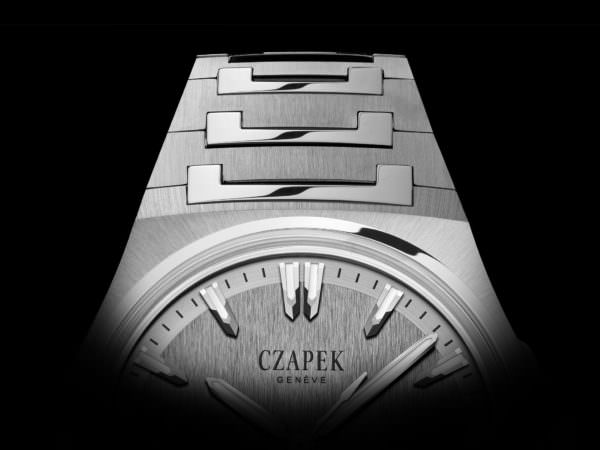 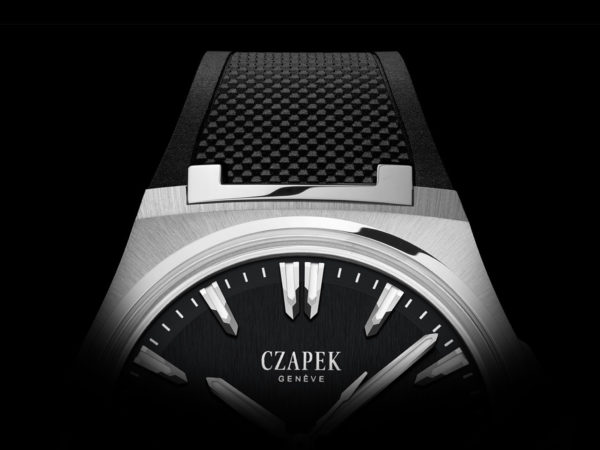 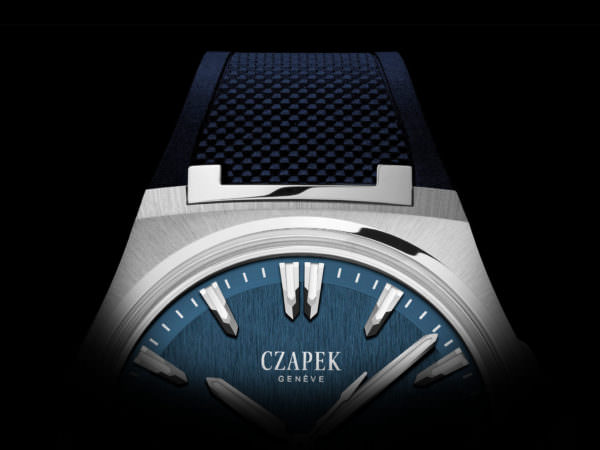 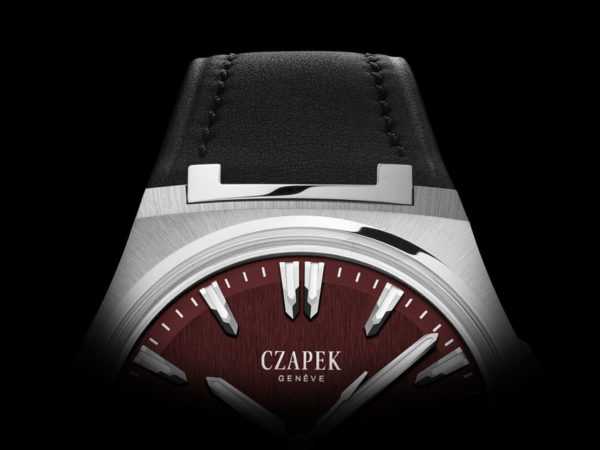 THIS IS JUST THE BEGINNING OF THE ADVENTURE

Our Antarctique Terre Adélie subscription is now sold out and we are extremely grateful to all the ‘rare people’ that made this happen, including our manufacturing, media, distribution partners, shareholders, and most importantly the 99 lucky future owners who will have the timepiece on their wrists!

Some of you might not have managed to place an order of the Terre Adélie model in time. In this case, please do not despair. While we WILL NOT produce any more Terre Adélie, the Antarctique collection will remain as one of the pillars in our offer. We will unveil a new model in the Antarctique family, called ‘Passage de Drake’, next December. Passage de Drake will share movement, case design, bracelet with Terre Adélie, but will have a completely different dial. This launch will be anticipated by a very limited edition model with a hand-varnished dial, the Abyss.

Should you wish to keep in touch and be informed on our next launches don't hesitate to contact us at customercare@czapek.com. 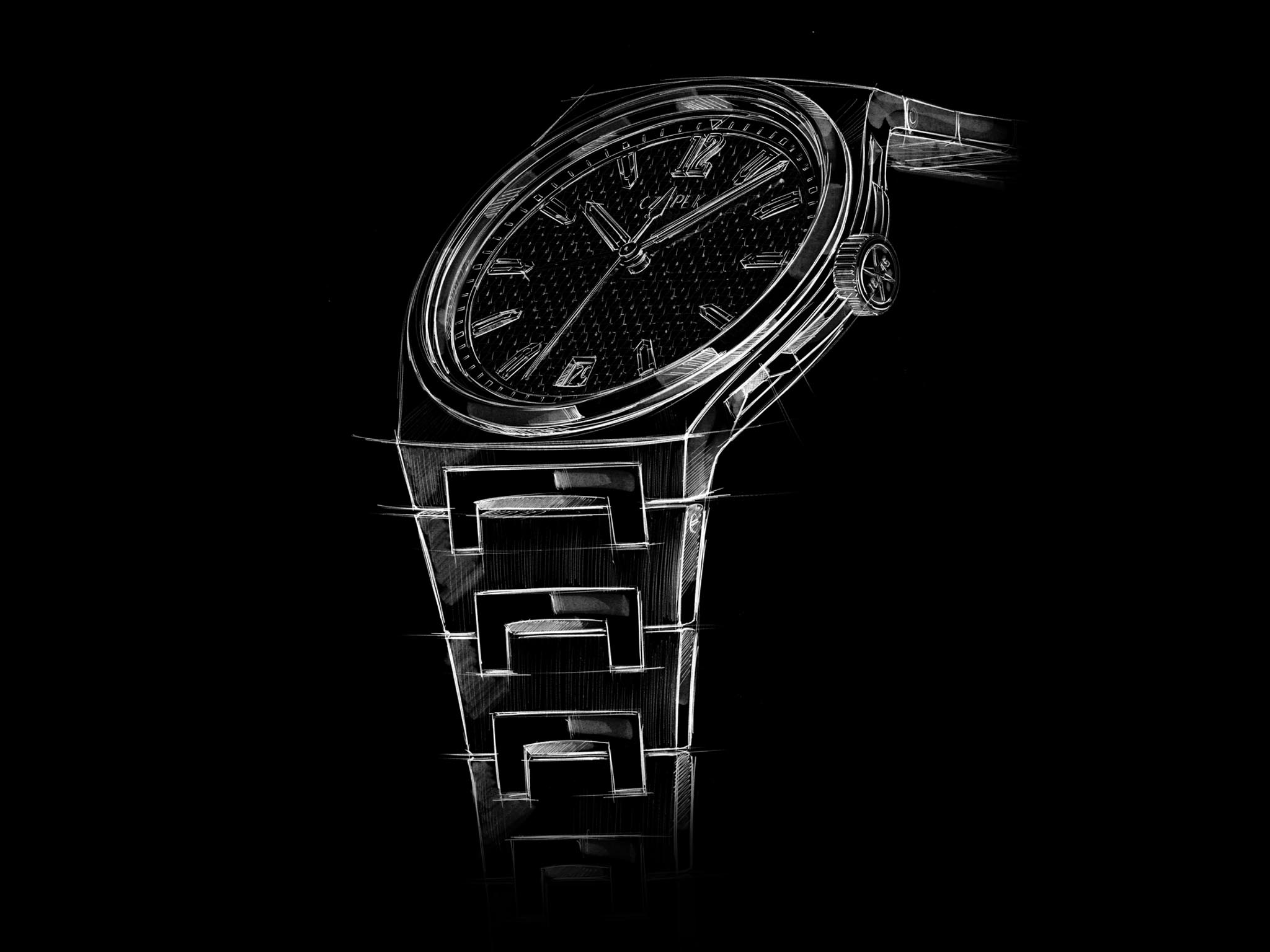