This model can be pre-ordered

The first collection of timekeepers to herald the renaissance of Czapek & Cie is called ‘Quai des Bergues’. It is a tribute to the location where François Czapek founded the company in Geneva in 1845. 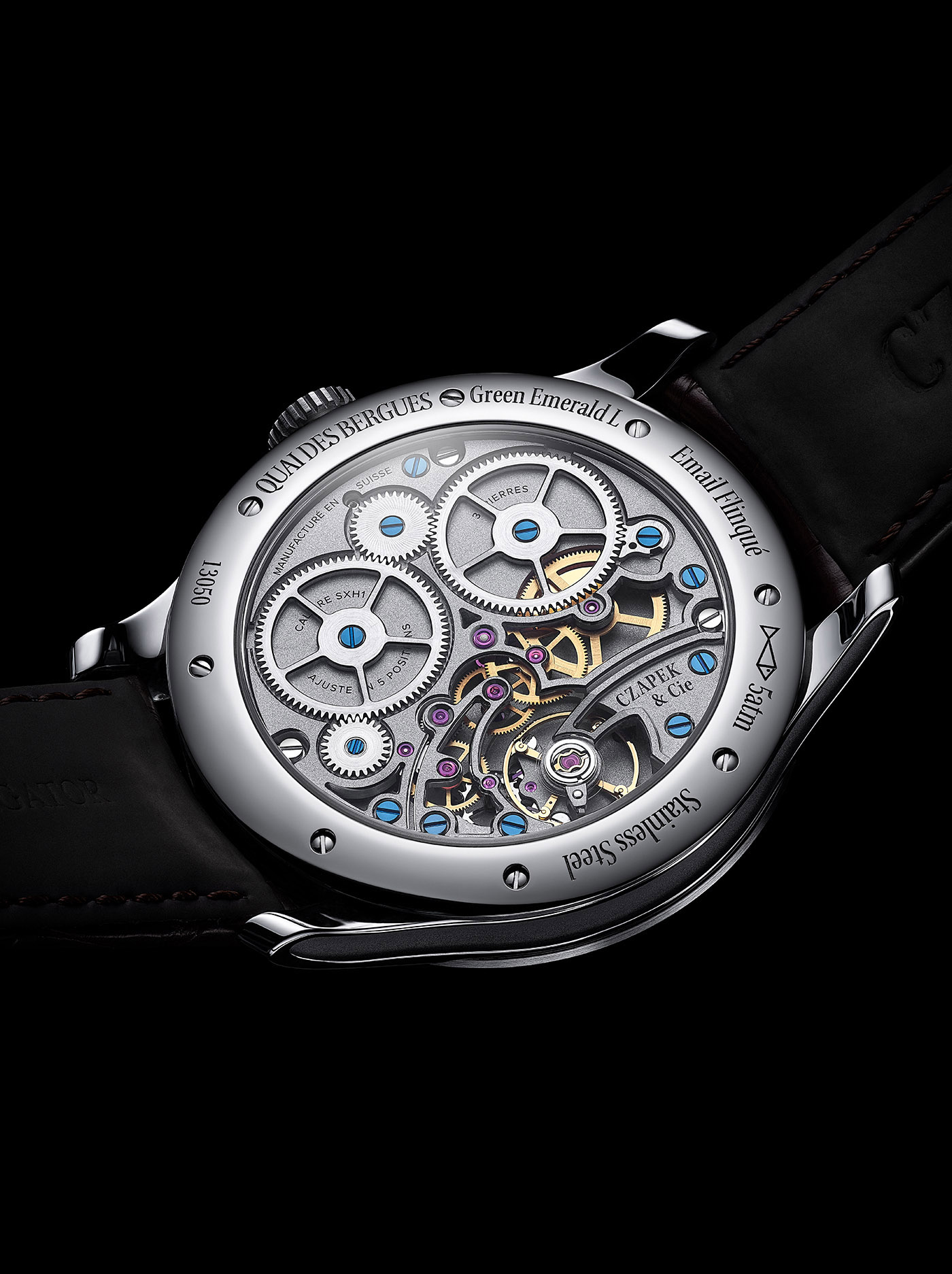 The SXH1 V2 caliber is a proprietary movement designed by Czapek. It is the first in a family of movements developed specifically for Czapek watches, according to the strictest rules of the watchmaking art. It was conceived in cooperation with Jean-François Mojon, a designer watchmaker who heads the Le Locle based company Chronode.
This haute horlogerie mechanical calibre boasts 31 jewels. It is finely decorated and remains aesthetically and functionally true to the 1850 original. The architecture remains symmetrical, and the sandblasted finish is a modern interpretation of the ‘satiné frost’ technique used in the 19th Century – a process of gold plating using mercury evaporation.
This manually-wound movement has two barrel springs and runs at a rate of 21,600 vibrations per hour, which translates to 3 Hertz. It features a power reserve of seven days. The manual beveling finish and the sandblasted bridges create a beautiful and modern look, inspired from the past. The most striking elements remain the open ratchets, with teeth polished in ‘bevel’ and unique to Czapek SXH1. They become its mechanical signature. 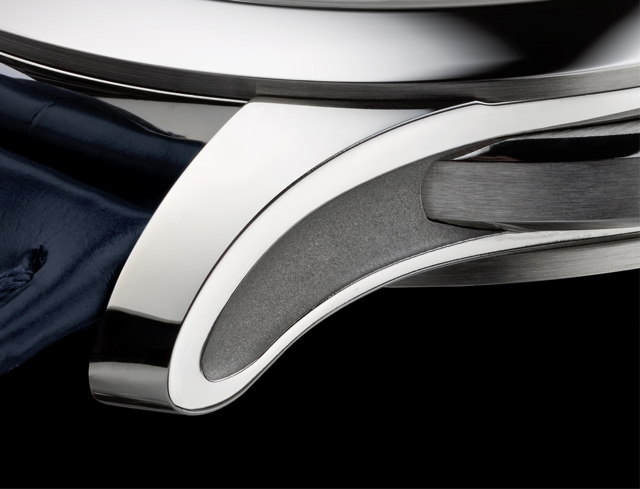 Our cases were designed to be like a pocket watch perfectly fitting on a wrist. The generous and smooth round shape of the case, and the beauty of its curves, are an expression of the purity of the brand. It  exists in 5 different materials: from 5N Rose Gold and White Gold to Platinum but also in Titanium and Steel. These last ones all wear the ‘Revolution’ case with their distinctive stretchers on the flanks. 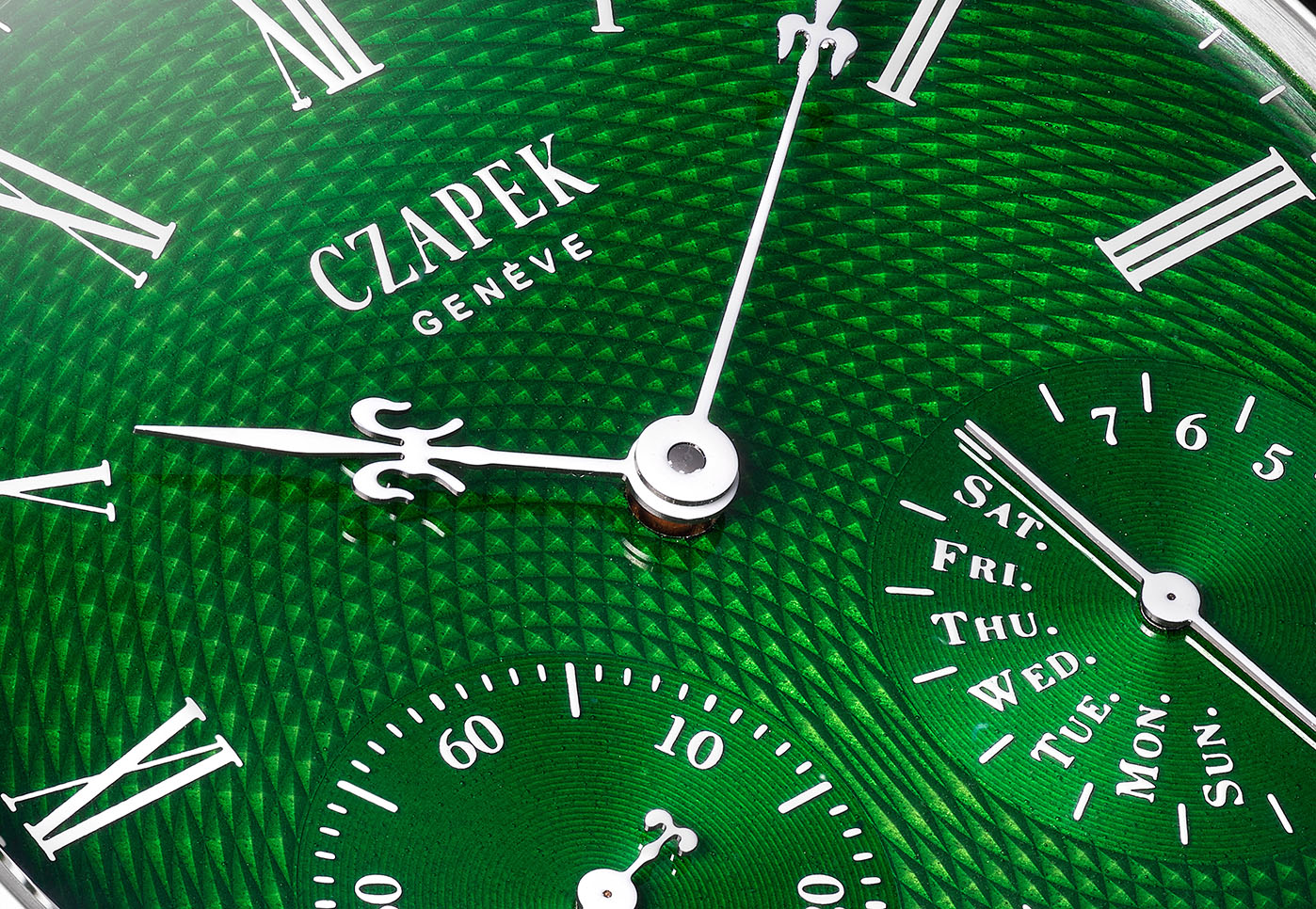 “Flinqué” is a technique combining the stamping of geometric patterns, which have been initially engraved on a dial using the guilloché technique, with enamelling. The guilloché pattern used with the original “flinqué” technique was so recognizable that it gave it its name. Nowadays any pattern can be used in a “flinqué” dial.

Czapek had its partner Metalem recreate its own “Ricochet ®” design – a motif inspired by the ripples of a stone skipped on a lake – on a stamping tool. Once the décor is stamped on a silver plate, an intense ‘moiré’ enamel is applied by another Czapek partner, Donzé Cadran. It is then finally fired in a kiln to harden the enamel. The process is repeated several times until the right hue is achieved. 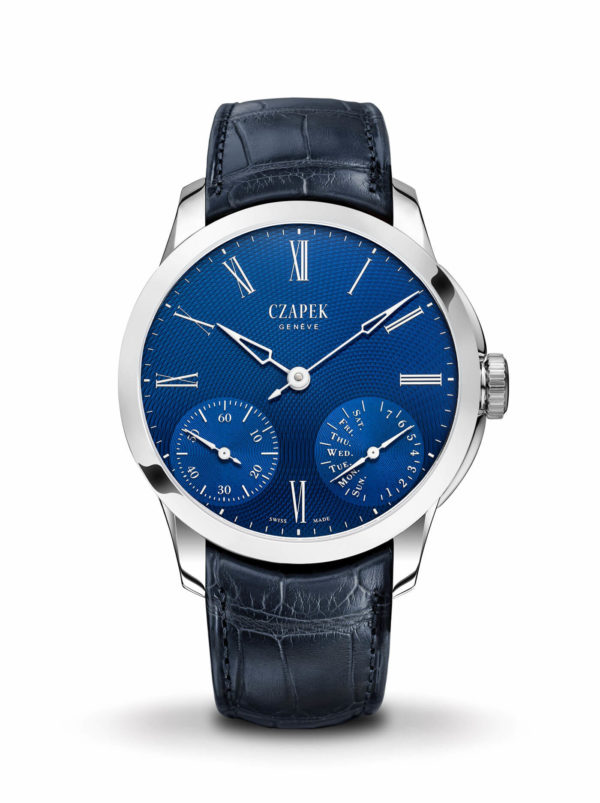