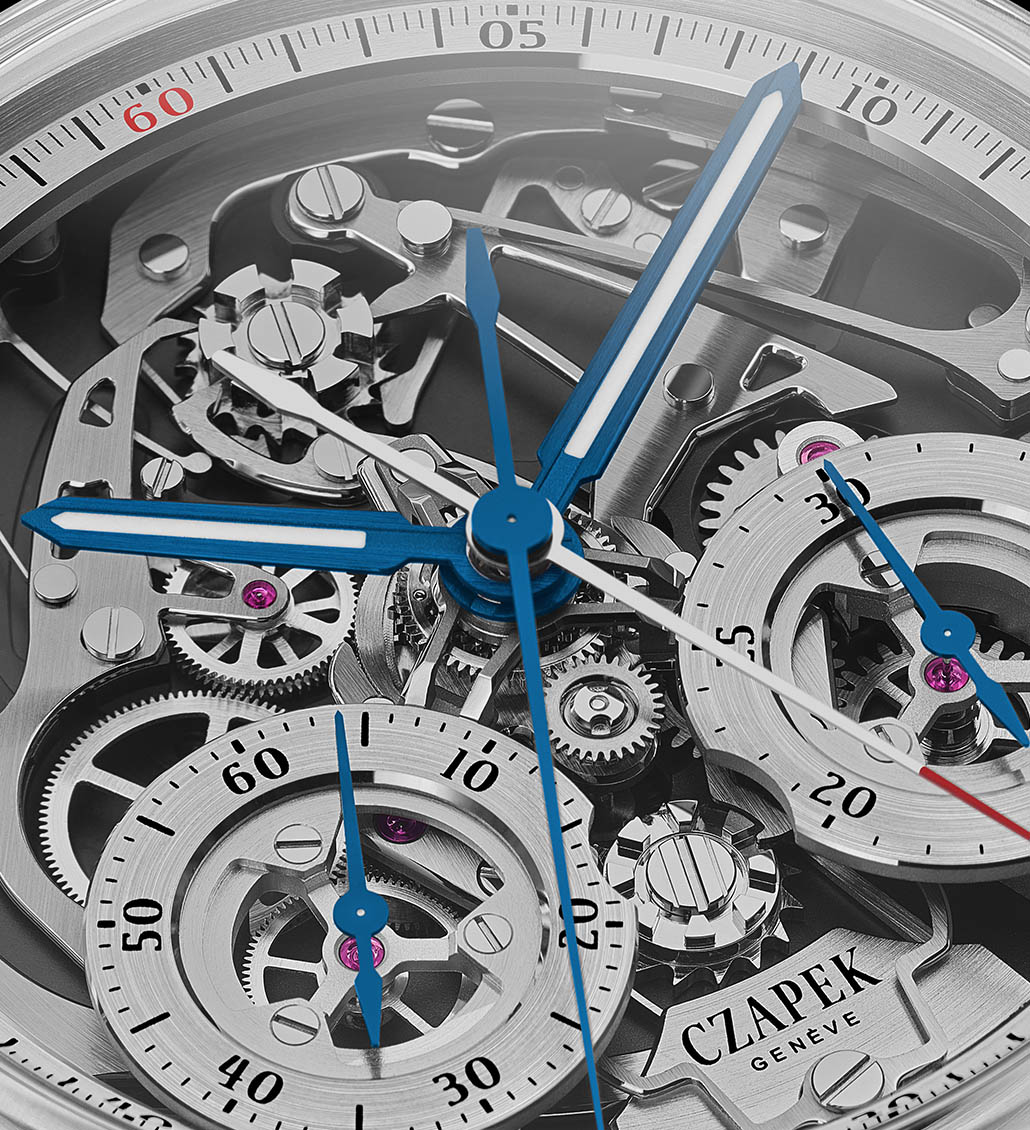 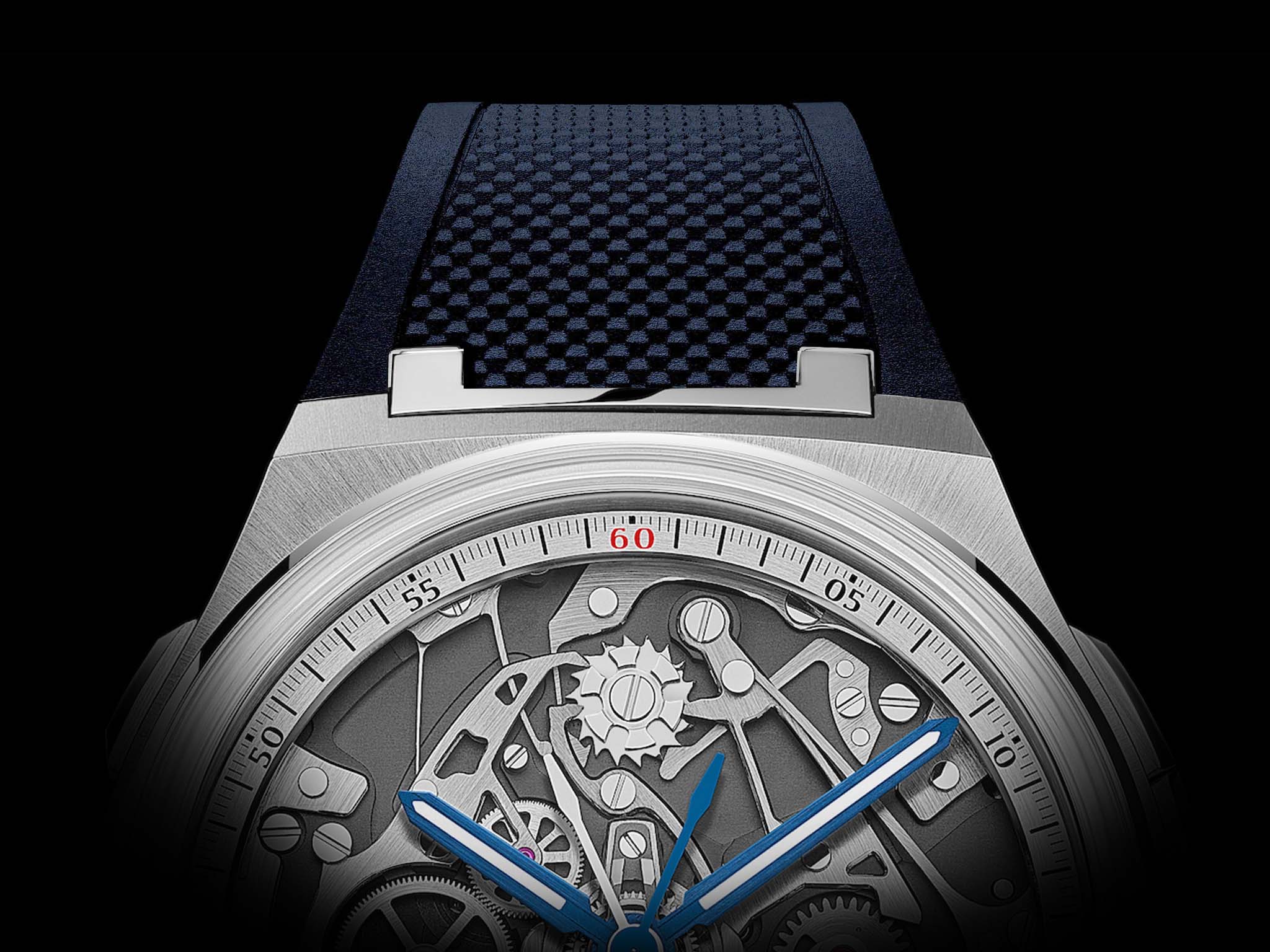 In fine watchmaking, every little detail counts. Besides the exceptional SHX6 movement and the sleek and sharp design of the case , a great deal of attention was put on the bracelet. The feeling when placed on the wrist, the comfort in every situation and lightness are as important as the timepiece visual and technical qualities. The capability to be forgotten by its wearer and to suddenly reveal its stunning beauty create an intensely pleasurable dichotomy. This is why the Antarctique collection is equipped by an ergonomic brushed integrated bracelet, whose links mesh to form a highly polished “C” for Czapek. But there’s more. An additional strap is provided, as Czapek has developed an exclusive quick-change system allowing the wearer to switch from one strap to another in a minute.
A large choice of straps is now offered to provide a maximum versatility and playful experience. 4 rubber straps whose pattern recalls the “Stairway to Eternity” design on the Passage de Drake dial are available in either black, white, dark blue or dark grey. 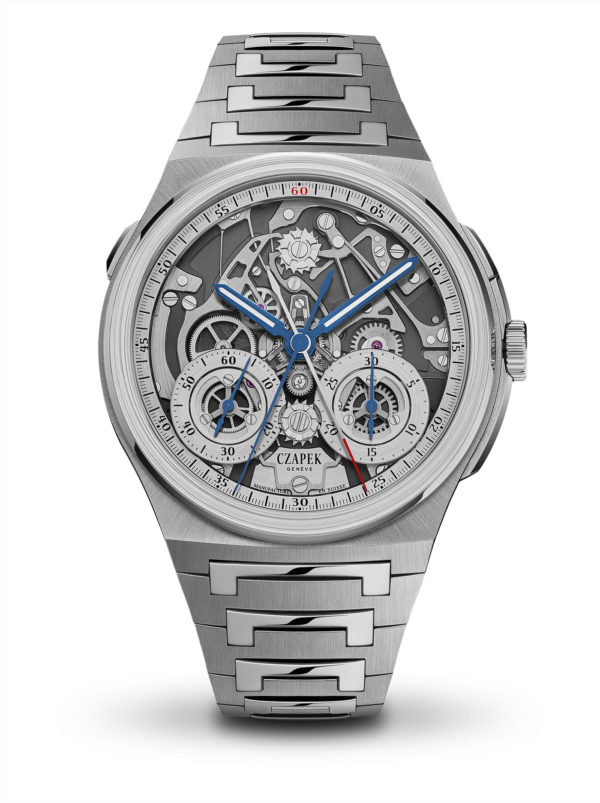