Czapek & Cie presents the new Quai des Bergues “Sursum Corda” – a unique piece created to celebrate the 175 year anniversary of the company and to demonstrate the beauty of craftsmanship and spirit of resilience in difficult times. 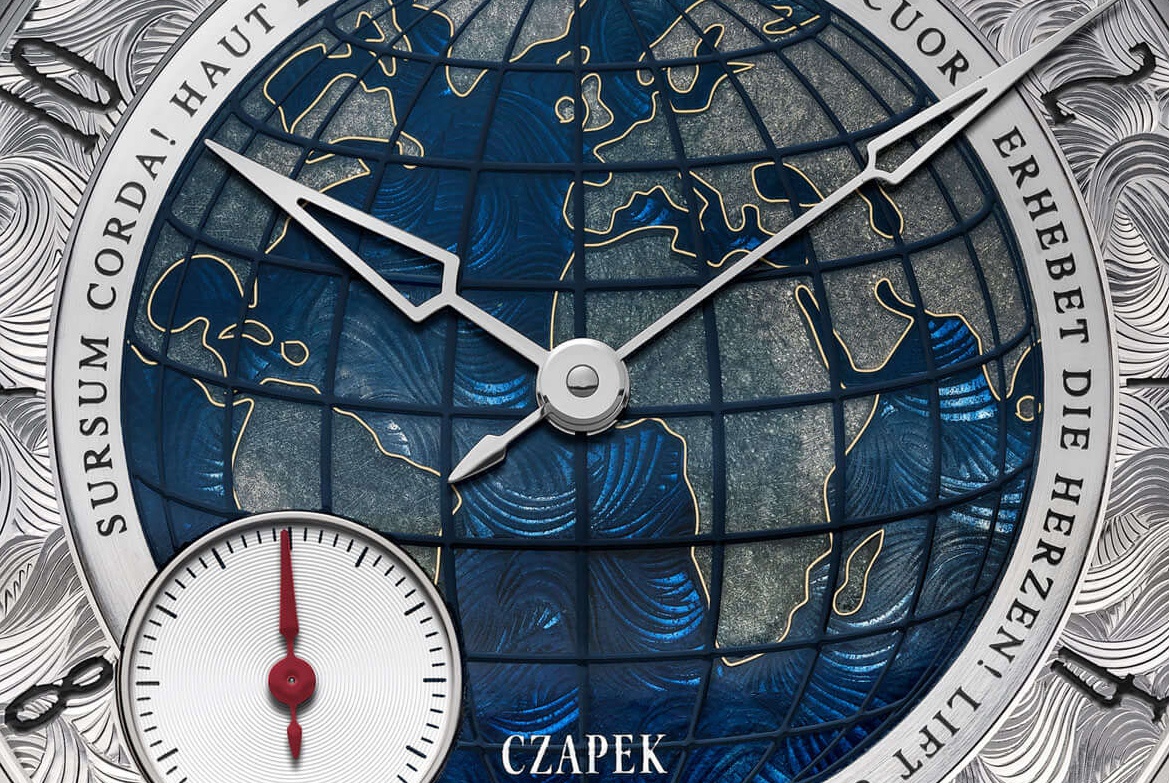 Czapek & Cie believes in the power of beauty and craftsmanship. It also believes that accomplishing something unique gives encouragement in the quest of always striving to do better. For a small watch making company, the journey can be as important as the destination, and every setback an opportunity to learn and improve in order to create something unique. Enthusiastic customers also have a role to play, bringing creative energy and inspiration to bear in order to produce bespoke models. These were the elements behind the unique Sursum Corda.

The timepiece is based on the Quai des Bergues calibre and gold case – the company’s first collection. The Sursum Corda dial features the best of metiers d’art: a world map in cloisonné enamel enclosed within a brushed white gold ring, and an outer hour ring with beautiful hand engraved waves. Laser blasting, cutting and soft sand blasting are employed to create a velvet effect. The base plate of the dial was cast by Precinox in La-Chaux-de-Fonds, and is made from a special white gold alloy in order to facilitate all these techniques. The cloisonné world map is made by Donze Cadrans. The continents are displayed in a blue/grey finish and softly blasted to feature the terrain. Each continent is then contained within thin (0.1 mm) walls of white gold, barriers against the five seas which are finished in turquoise.  The ring encompassing the world bears the Latin inscription “Sursum Corda” – along with its English translation “Lift Up your Hearts”. Additionally, the motto is also shown in the three main Swiss languages, French, German and Italian. Finally, hand-engraving of the outer ring was executed by master engraver Michele Rothen, following a design by Adrian Buchmann. The hand-engraving of the dial took more than 40 hours to complete. Other dial features – such as the small seconds sub-dial, inscriptions ring and hour ring, were manufactured by Metalem.

Once more, Czapek put into practise its “We collect rare people” motto by combining the work of expert artisans in order to create a dial masterpiece.

“The Sursum Corda took more than a year of development and to date displays the most complex dial we have ever produced”, says CEO Xavier de Roquemaurel. “It was exciting to co-ordinate the three ateliers involved – all located less than 300 meters from each other! Everything has been created in the Le Locle area, highlighting the strengths of the Swiss high-end watchmaking community”.

Although looking like a world timer, the watch is in fact powered by the Czapek manually wound proprietary SXH calibre, which features: hours, minutes and small seconds functions, along with an impressive 7-day power reserve.

“I discovered the phrase “Sursum Corda” when I was in my twenties”, concludes Roquemaurel. “It has stayed with me ever since as a motto, and has helped us through the challenges encountered whilst reviving Czapek. These two simple words stand for our values – courage and perseverance. Given the context of 2020, it illustrates the most important message we wanted to share with the watch collecting community. We are well aware that Czapek & Cie may have been asleep for many years, however, the spirit of the founder is alive today and reflected as a tribute to design and craftsmanship. 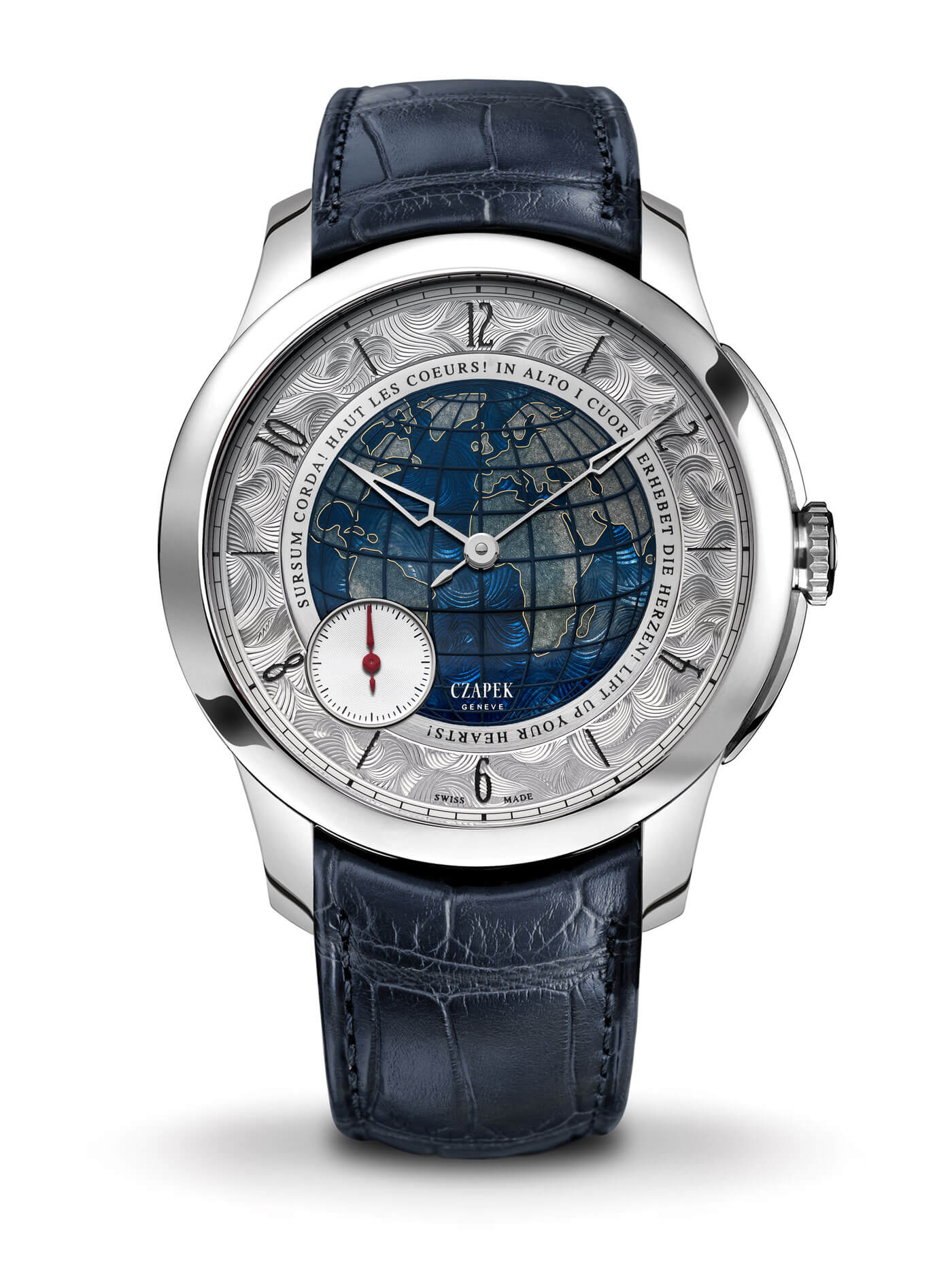